Is Your Med School Success Directly Affected by Your MCAT Scores?

You Are Currently Here:Home > Getting Into Medical School > Is Your Med School Success Directly Affected by Your MCAT Scores? 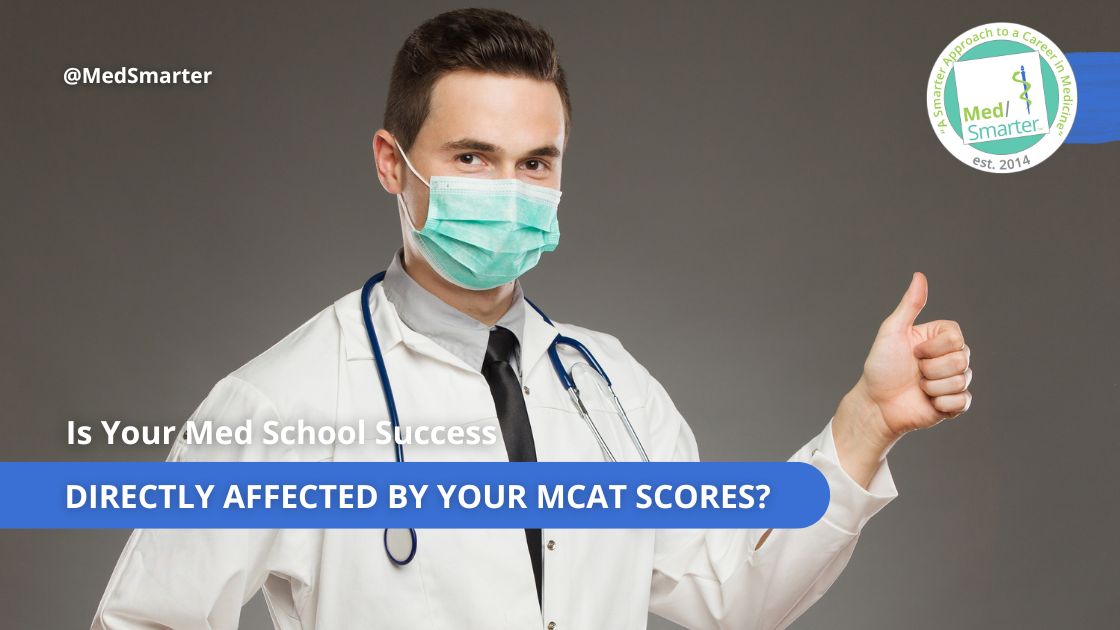 The MCAT is just one of the principal elements used when considering whether a person should be admitted to medical school. However, getting a high score doesn’t necessarily mean you’re on your way to becoming a great doctor.

Stats from the Association of American Medical Colleges (AAMC) show that in 2018-2019:

Does medical students’ grade-point average (GPA) determine med school success? AAMC worked with 18 different medical schools to measure how well around 1,000 students performed. According to the study, MCAT scores were more of an impactful predictor of medical school success than GPA.

Military Medicine published another study that shows that the MCAT can be a predictor of early med school success. But by the time students start their residencies, MCAT scores were not much of a predictor of future success from that point. The 2015 report found that these scores are not predictors of how well a student will perform clinical duties as a first-year resident.

Please check out the study for more details: Does the MCAT Predict Medical School and PGY-1 Performance?

Premeds Must Develop These 3 Skills Before Applying to Medical School

What’s the Purpose of the MCAT?

The MCAT evaluates a person’s intellectual knowledge and ability to take in more at a manic rate as a medical student. However, there are competencies required to become a great doctor that no standardized test can measure, including:

In 2015, the exam was redesigned to help ensure that people entering medical schools also have basic understandings of behavioral science and social science. It’s important to include those who may perform low on the MCAT, but possess many other characteristics that can bring value to the healthcare system to the candidate pool.

According to the AAMC study mentioned above, MCAT scores and GPAs are given great weight when determining medical school eligibility. But there are other qualities that lead to success as practicing physician. These are characteristics med schools also look for in potential candidates, such as:

So, in the end, your MCAT score may be a predictor of how well you’ll do during your first year of medical school. But it does not directly affect your long-term success as a med student, during your residency or as a practicing physician.

Achieve Your Maximum Score on the MCAT

I highly enjoyed my experience at Medmsarter. They had fast-paced reviews, and they made sure to only emphasize the high-yield material. I also really appreciated the personalized attention and camaraderie... read more from the others studying at the center. Everybody was extremely attentive and cared about my success. I would highly recommend Medsmarter!