Hope is a Powerful Thing

You Are Currently Here:Home > USMLE Step 2 CK > Hope is a Powerful Thing 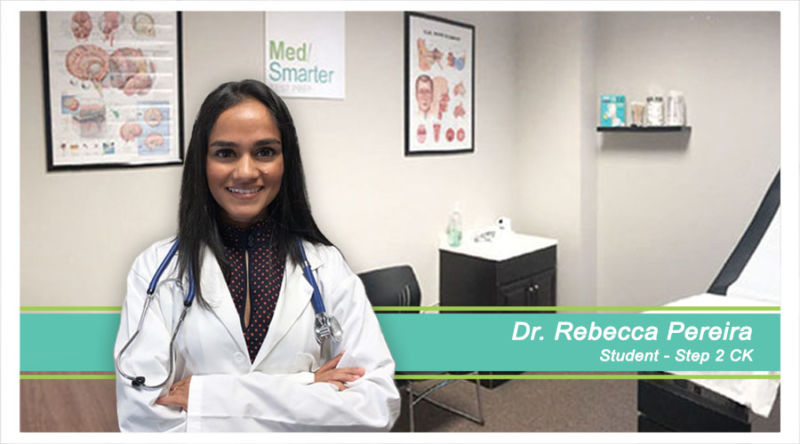 The Power of Hope.

Hope is Powerful! I had taken the USMLE Step 2 CK exam and failed it twice, which ultimately left me feeling depressed. Failing this exam for the second time was difficult to deal with – It was a feeling that can be best described as being in despair. I felt like I was in a deep pit and when I looked up I could see the light, but I had no idea how I was going to get out.

This added to the negativity I was already dealing with in my personal life. If I was going to overcome this I knew I would have to use a multi-systemic approach.

As I started a new holistic approach, I incorporated working out, but not just by myself – including my mom help me build a supportive team, and it helped to get my mind off things.  It was in April 2017, when the spiritual aspect of my recovery manifested itself. God started to speak to me of hope through the scriptures in the Bible.

My friend Melanie, who had been living in the Atlanta area, reached out to me unexpectedly! We had not communicated in two years, and I was so happy to hear from her, my community of supporters was starting to grow slowly. Her story of success really gave me the hope I was looking for.

Melanie told me about MedSmarter, a USMLE review program in Atlanta that she used that had a personal touch. She explained how Dr. Untara had developed personalized study plans based on her needs, and how Dr. Untara made herself available at all hours to reiterate topics that Dr. Shoaib (one of the MedSmarter lead instructors) had explained in-class lectures.

I took Melanie’s advice and reached out to MedSmarter and spoke with Don, speaking with him put me at more ease and I made the decision to take the USMLE Step 2 CK live review course and moved to Georgia for the live lectures at the MedSmarter Campus in Suwanee.

After a very long time, I felt this injection of hope and possibility. Some people call it coincidence, I call her God-send. After speaking with Melanie, my demeanor changed almost instantly. Hope really is a powerful thing! I now had the support of my family and friends, but I wanted to make sure I had clarity in this since there were a billion thoughts racing through my head. I spent time in prayer and fasting to get clarity and seek direction.

I still remember the first time my mom and I met Dr. Untara Shaikh. She was very attentive to my specific needs and emphasized that it was important to learn how to differentiate various diseases.  We felt hopeful and encouraged. It had been a while since I had been in a classroom setting for live lectures, I was struggling with sitting for long periods and quite overwhelmed with the volume of material. Dr. Shariff asked many questions to make sure I was paying attention and understanding the topics discussed. This active learning environment encouraged me to engage the material, as well as build the confidence I needed; He also pointed out my weaknesses so I was aware of them. It was eye-opening, looking back I am so thankful for the constructive feedback because I have been able to work on my weaknesses and turn them into strengths.

There were times that I felt like giving up during the program because I just couldn’t see how I was going to get any better, but the instructors at MedSmarter go beyond teaching you the material; they provided me with the support and counseling I needed to not regress into a negative frame of mind, and I’m so glad I did! They proved hope is powerful.

After coming to MedSmarter I learned to study in an environment with other students around. For most of my life, including in medical school, I studied at home and alone. Being in an environment with other students who are doing the same thing, is a game-changer. It motivates you to study and you realize that you are not alone. The community you feel and the support that comes with surrounding yourself with positive people makes all the difference. Dr. Untara provided me the tools to train myself, and I now have more study stamina.

Since coming to MedSmarter, I have not only gained the medical knowledge I need to pass the USMLE, but I have also become stronger physically, mentally, and emotionally. I work out consistently about 3 times a week, cook meals and have become actively involved in my church. I am confident that with the new holistic approach to studying and living a well-balanced life I will not only pass my USMLE Step CK assessment but can face any new challenges in life. Hope is a powerful thing and I found it here at MedSmarter.

By, Rebecca Pereira – a 4th-year medical student who has an interest in Pediatrics, and enjoys being physically active and a part of her faith community.

The team at MedSmarter is devoted to assisting medical students, IMGs and physicians succeed in their journey toward becoming practicing physicians in the United States. Your feedback and input are very important to us as we continue to grow and add more features and content that is valuable to you.

Just finished my CK course with Medsmarter. Blessed to have met Dr.Untara Shaikh who guided me through out the course. The course here is completely focused on students. Tutor works... read more with you trying to identify your weakness and then help to overcome them. Everyday random quiz, Questions focused on complicated concepts after every topic. How to approach Questions and tips on what to focus in our question stem during those question sessions. How to gather important information during self-study more efficiently and work on Differentials while solving questions. Personalized study plan according to your satisfactory pace. These are my overall personal experience which I gained during my course. The best part is even though course is over Dr.Untara Shaikh will always be available to help with any doubts or concepts which you are having difficulty with. I did my course online, amazing job done by Don Mahmood, who organizes online session. No issues at all regarding online sessions during these 2 months. Thank you all, it was amazing 2 months and the journey continues .......